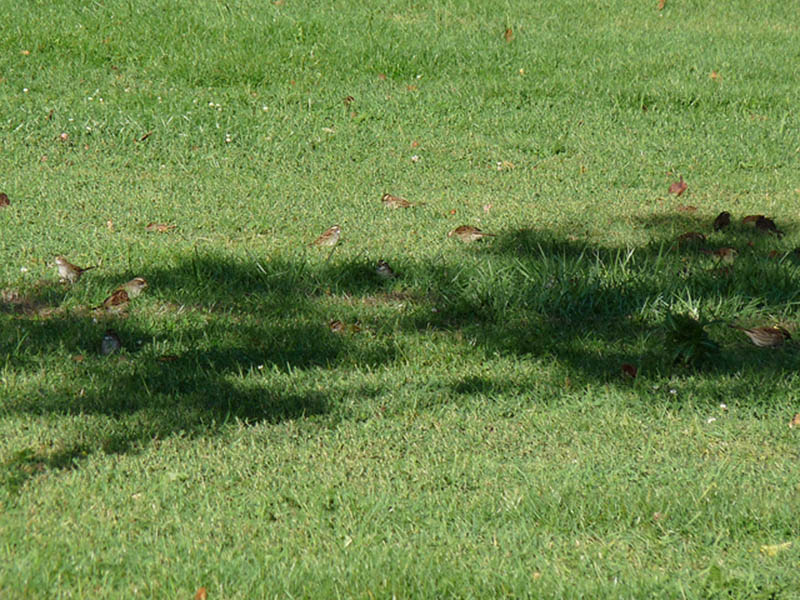 October means sparrows at Montrose and Montrose is a great location to see a large variety of them. You’ll have fun sorting through the flocks of White-throated and White-crowned Sparrows, and uncommon species like Nelson’s, Le Conte’s, and Harris’s are regular. Nelson’s are best in the marshes in the Dunes known as pannes. Le Conte’s can be found almost anywhere where there’s grass but I’ve had good luck with them in the meadow southeast of the Magic Hedge. Look for Harris’s while you’re sifting through the White-throated and White-crowned Sparrow flocks.