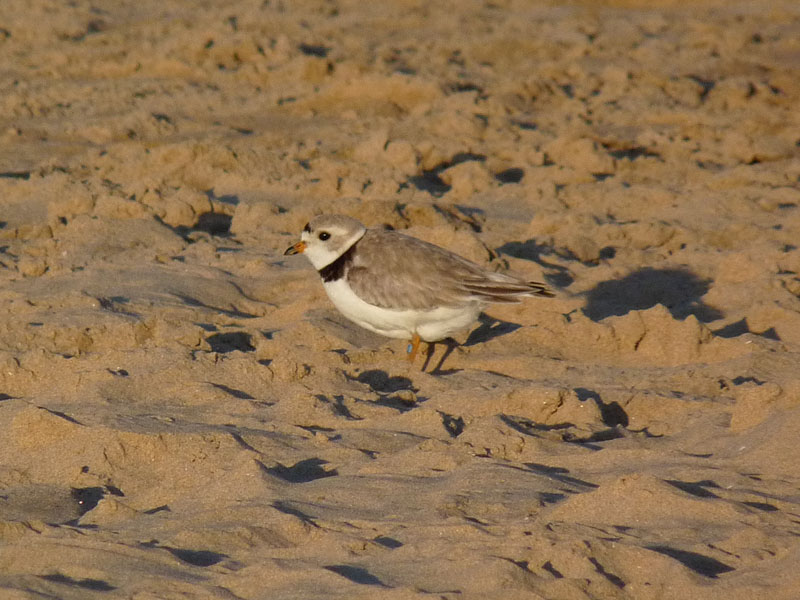 For the third consecutive year, Monty and Rose, our famous Piping Plover couple, nested and raised a family. This is an enormous conservation success story by any measure, the first time Piping Plovers have nested in Chicago in over 50 years.

The wide sandy beach at Montrose is near perfect Piping Plover habitat, but Montrose is far from ideal as a nesting location. Montrose is one of the most popular beaches in Chicago; all that human activity makes life difficult for any bird that nests on the open beach, like Piping Plovers do. The human animals aren’t the only challenge the plovers face. Montrose is also home to several mammalian predators, including Striped Skunks and Racoons, and they aren’t above preying on Piping Plover eggs. In fact, in 2021, a skunk ate some of the eggs from Monty and Rose’s first clutch. As if the mammalian predators weren’t enough, Montrose also hosts Peregrine Falcons, Cooper’s Hawks, Great Blue Herons, and gulls, all capable of dispatching the plovers and their young. With all these threats it’s a miracle Monty and Rose are able to nest and raise a family. The hard truth is that without human involvement the chances of them nesting successfully are small. Part of the beach got fenced off to keep people out in case Monty and Rose decided to nest there in 2021. Like the beach, the Dunes got fenced off to keep people out when Monty and Rose chose to nest there. To protect the eggs form predators, a steel cage was placed over the nest. Even with a cage a determined skunk managed to slip through and pilfer the eggs, forcing Monty and Rose to start over. A new, larger cage prevented this from happening again. To deter avian predators, biologists stationed a trap baited with a live pigeon in the Dunes. On top of all this, a cadre of dedicated volunteers spent hundreds of hours monitoring the plovers.

So the question is, is all this effort worth it? Is all the inconvenience worth it? I led field trips to Montrose in the spring of 2021 and I would take my guests down to the beach and Dunes, where I talked about the nesting Piping Plovers and the efforts to protect them. On one trip a client remarked “All this for a couple little birds?” It’s a legitimate question to ask. I think the answer is a resounding yes. Monty and Rose became celebrities in Chicago, raising awareness of their struggle and the plight of Piping Plovers on the Great Lakes. Their story was mentioned in the news and it became impossible not to sympathize with them. Their story also raised awareness of Montrose and how important it is for wildlife, especially the fragile Dunes.

The story of Monty and Rose is a story of hope and struggle, of people from different backgrounds working together to give a pair of underdogs a fighting chance at raising their kids in a not always hospitable environment. We look forward to their return.

Winter is the slow season at Montrose. You’d be doing well if you saw 20 species in a morning. As such, there are some things to do and birds to look for. 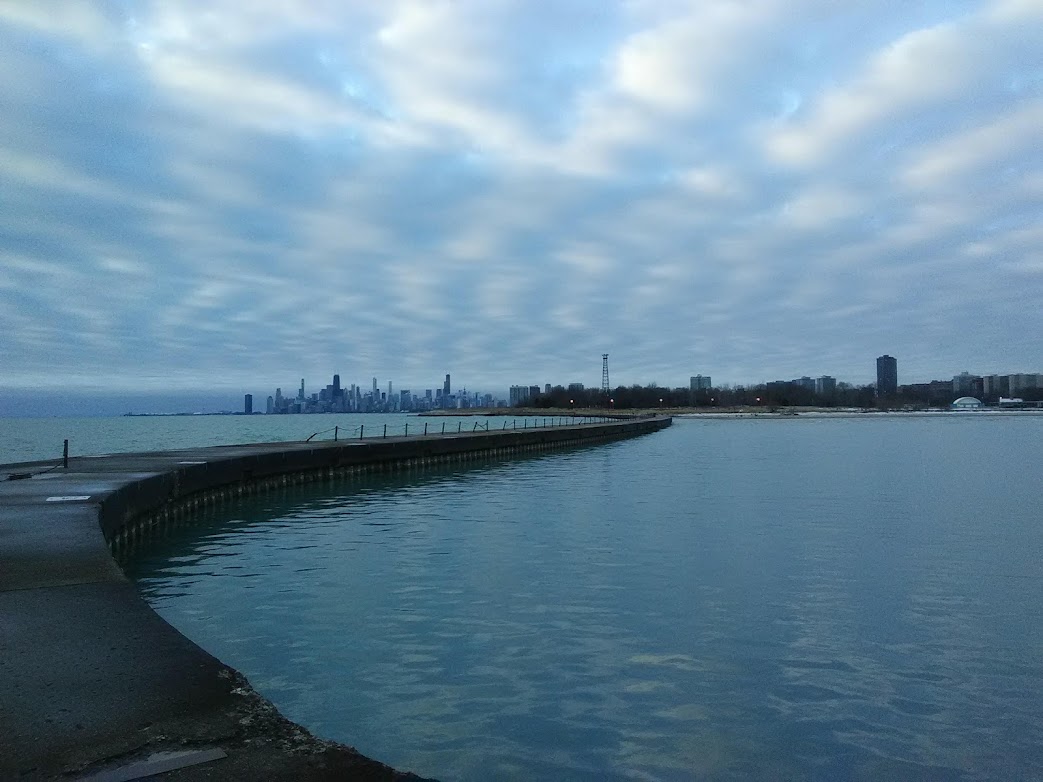 This view of the Chicago skyline and fishing pier looks like the yellow brick road leading to Oz. (click to see the larger version)

The focus of this blog, and indeed of the other online channels I manage, is birds and birding at Montrose Point in Chicago. I use these channels to promote Montrose as a premier destination for nature study and raise awareness of the importance of the Bird Sanctuary as a safe haven for birds and other wildlife. But there’s more to Montrose than birds. The view of the Chicago skyline is nothing less than breathtaking, especially at sunrise. Walk out to the east end of the Point as far as land will let you, or go out onto the long fishing pier, and look at our downtown. When I do this I’m struck by how much the skyscrapers look like Oz from The Wizard of Oz, shimmering on the horizon in the early mornng light. You will too.

Winter is the slow season for birding at Montrose but Chicago and its skyline are always there, regardless of the season. If you visit Montrose in winter be mindful of the snow and ice and always use good judgement.