I had a drake Long-tailed Duck at the mouth of Montrose Harbor this morning, December 10. This looks like the same bird that was at Loyola recently. My other good bird for the morning was a flyover Common (I assume) Redpoll while looking at the Long-tailed Duck. Also, 2 lingering Ruddy Ducks and all 3 mergansers. Video of the Long-tailed below. 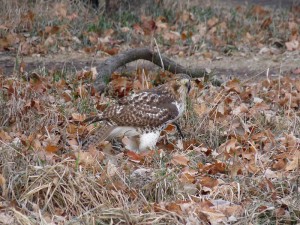