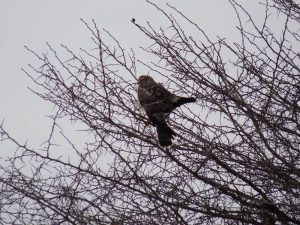 I spent about an hour and a half at Montrose this morning, December 21. It certainly looked and felt like winter, with a thin layer of ice on Lake Michigan all the way to the horizon. As expected for this time of year, diversity was low. I ended up with 25 species, highlighted by a nice adult male Northern Harrier, the continuing female Rusty Blackbird, and hundreds of Common Mergansers. When I think of an emblematic Lake Michigan winter bird, I think of the Common Merganser, a hardy duck that can survive our brutal winters with just a little open water to find fish to eat. Link to my eBird checklist below. 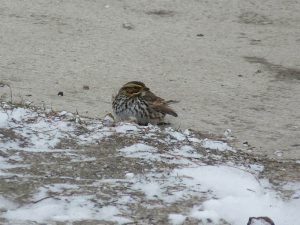 I took advantage of the break in the snowstorm to get some birding in this morning, December 11. I don’t expect to see much at this time of the year, but I did have a few surprises, highlighted by a late Savannah Sparrow near the mouth of the harbor. I also had an immature Northern Harrier in the Dunes, 15 Redheads, 2 American Pipits that probably wish they had flown south, and a Rusty Blackbird. Several American Pipits have been holding on in the native planting area for a few weeks. Link to my eBird checklist below.

I spent about an hour and a half at Montrose this morning, October 1. I would have stayed longer but when the rain started in earnest around 8:30 I called it quits. Birding while wet isn’t an enjoyable experience, even when there are birds to look at. I ended up with 47 species, highlights and link to my eBird checklist for the day below. 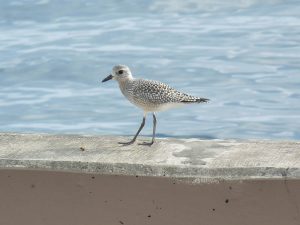 Montrose was pretty good this morning, September 17. I ended up with 58 species in about 4 hours of birding the Point. Swainson’s Thrushes and Palm Warblers were the most obvious, but the 8 – 10 Nelson’s Sparrows were the highlight for me. All these birds were in the Dunes and most were in the western panne. These are the first Nelson’s Sparrows I’ve seen at Montrose this fall. When it rains it pours I guess. Other goodies include a flyover American Golden-Plover, Merlin, several Bobolinks, Dickcissel, Marsh Wren, and a variety of warblers. 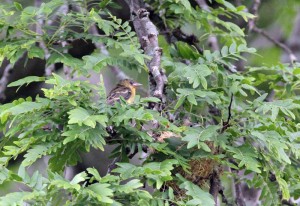