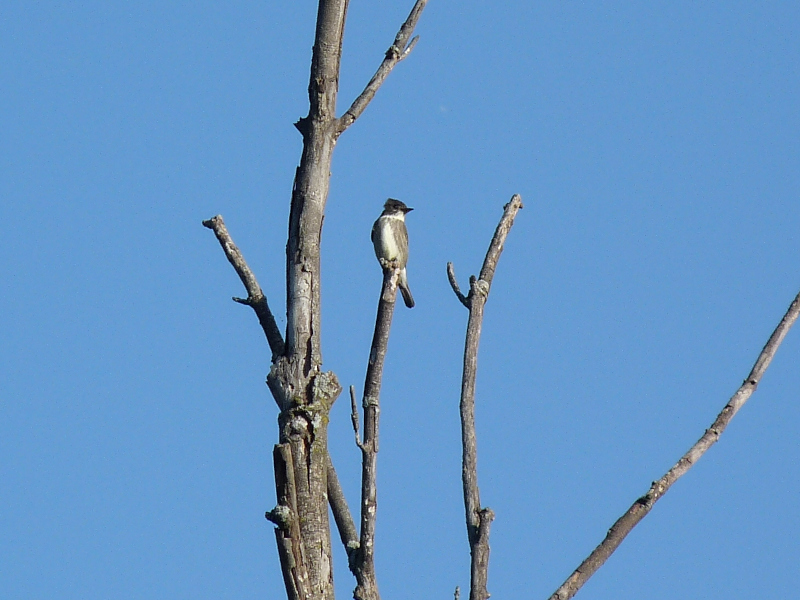 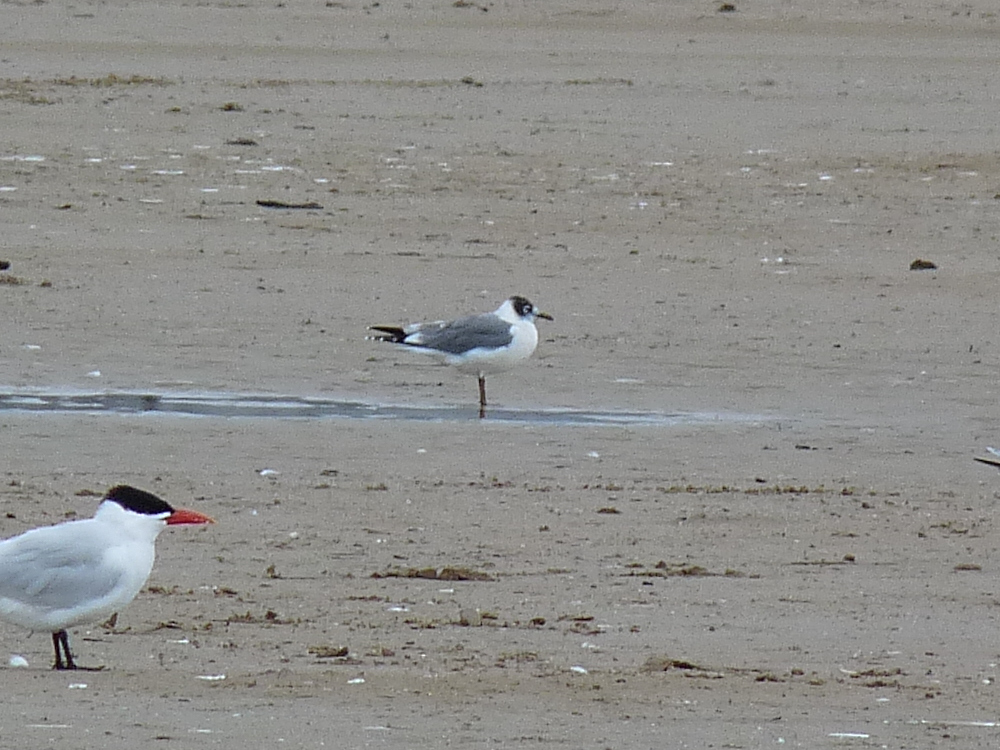 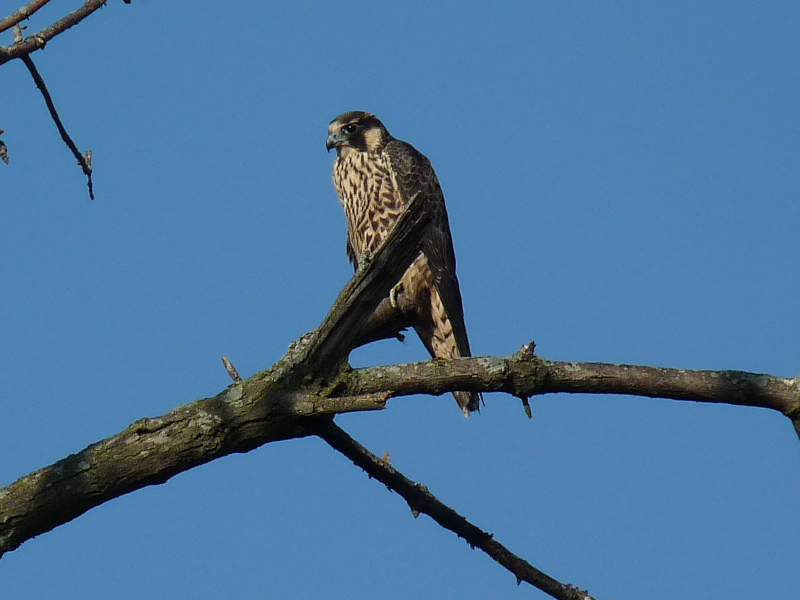 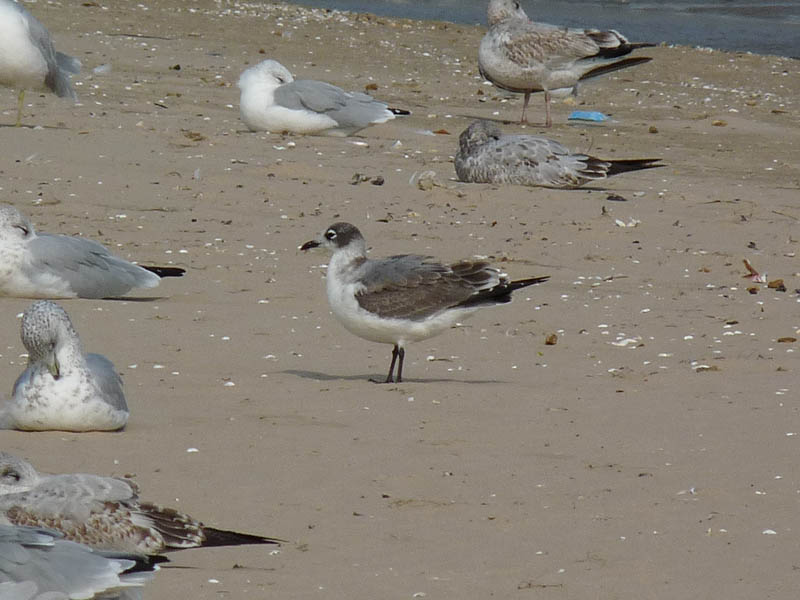 An immature (first cycle) Franklin’s Gull graced Montrose Beach on September 16. This is the time of the year when Franklin’s Gulls start to show up on Chicago lakefront beaches. Large numbers, sometimes in the dozens, can occur in October, especially after strong west winds. Checking groups of Ring-billed Gulls is the best way to find them. Link to my eBird checklist for the morning below.

Franklin’s Gull is named after the English Arctic explorer Sir John Franklin, not the American statesman Benjamin Franklin. Easy mistake to make. Some eponymous bird names may be in trouble because of the questionable activities of their namesakes. As far as I can tell, Franklin’s Gull is safe. 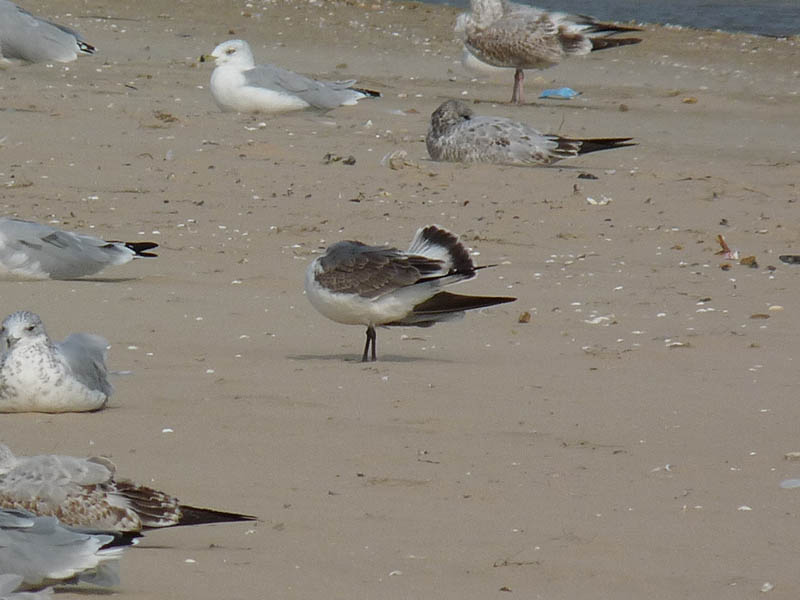 Note the white outer tail feather in the second photo, a field mark that distinguishes first cycle Franklin’s Gulls from similarly aged Laughing Gulls. This field mark isn’t easy to see and other characteristics like size, structure, and face pattern are more obvious.