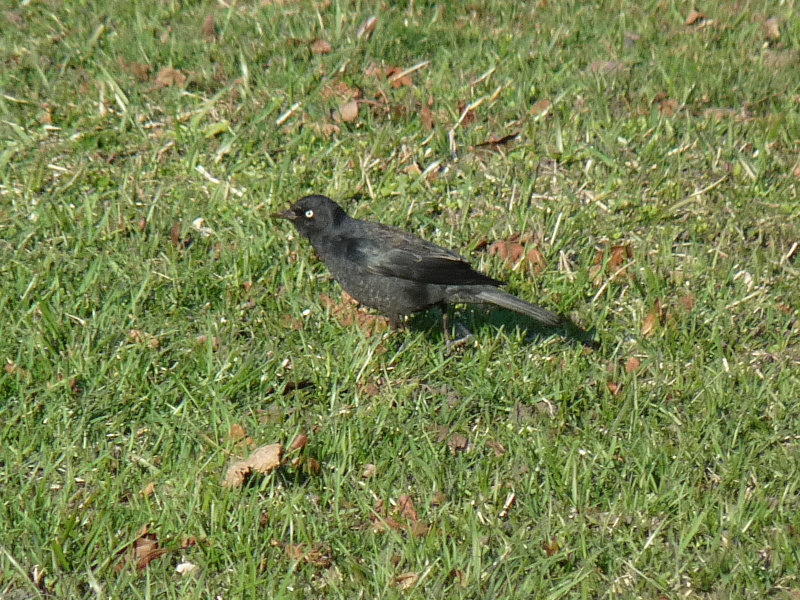 As expected, the strong south winds brought a lot of migrants to Montrose Point on March 30. I ended up with 41 species in a little over two hours of effort, and 57 species were reported on eBird by all observers. Most impressive were the numbers of Northern Flickers coming in off Lake Michigan early in the morning. These birds were migrating north over the lake at night, and when the sun rose they started to head inland towards land and safety. No passerine or other landbird worth its life wants to get caught over Lake Michigan when the sun comes up. The local Peregrine Falcons and Herring Gulls relish hunting these tardy migrants as they make their way to shore. I also had multiple first of spring sightings, including Caspian Tern, Belted Kingfisher, Hermit Thrush, and Lapland Longspur. Link to my eBird checklist for the morning below. 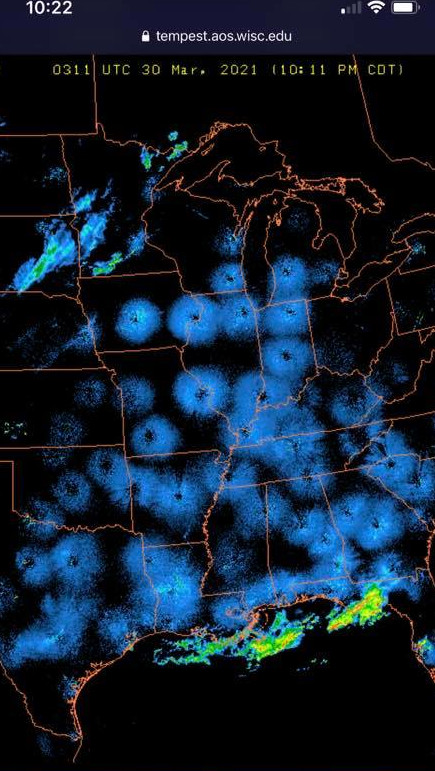 Migration screenshot for March 30 (click to see the larger version)

I’ve included this screenshot from the night of March 30 to show what migration looks like on radar. The blue rings or “doughnuts” are groups of birds picked up by radar as they migrate in the night sky. This is a typical scenario during spring and fall migration. The birds are common spring migrants like Dark-eyed Juncos, Golden-crowned Kinglets, Hermit Thrushes, and Yellow-rumped Warblers. 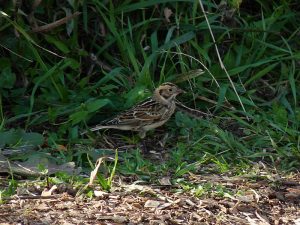 Eight or so Lapland Longspurs were working the east side and southeast corner of Montrose Dunes this afternoon, October 22. These birds were tame and approachable, as Laps can be at Montrose. They weren’t quite as easy to photograph because of the incessant human activity, but I did manage to get a couple passable shots. 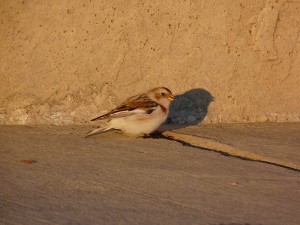 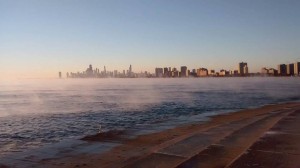 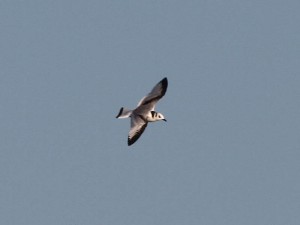 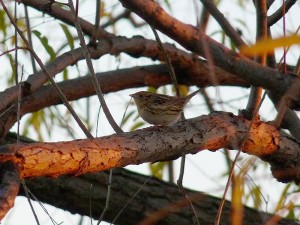 I had a latish LeConte’s Sparrow this morning in the grass at the base of the willows at the east end of the beach. I have had LeConte’s in November in Lincoln Park but not very often so this is unusual. There were good numbers of other birds in the dunes, mostly American Robins and Savannah Sparrows but I also had a flyover Snow Bunting and Lapland Longspur. No Short-eared Owl this a.m. I saw nothing else of note in a short walk around the point but I didn’t stay long.