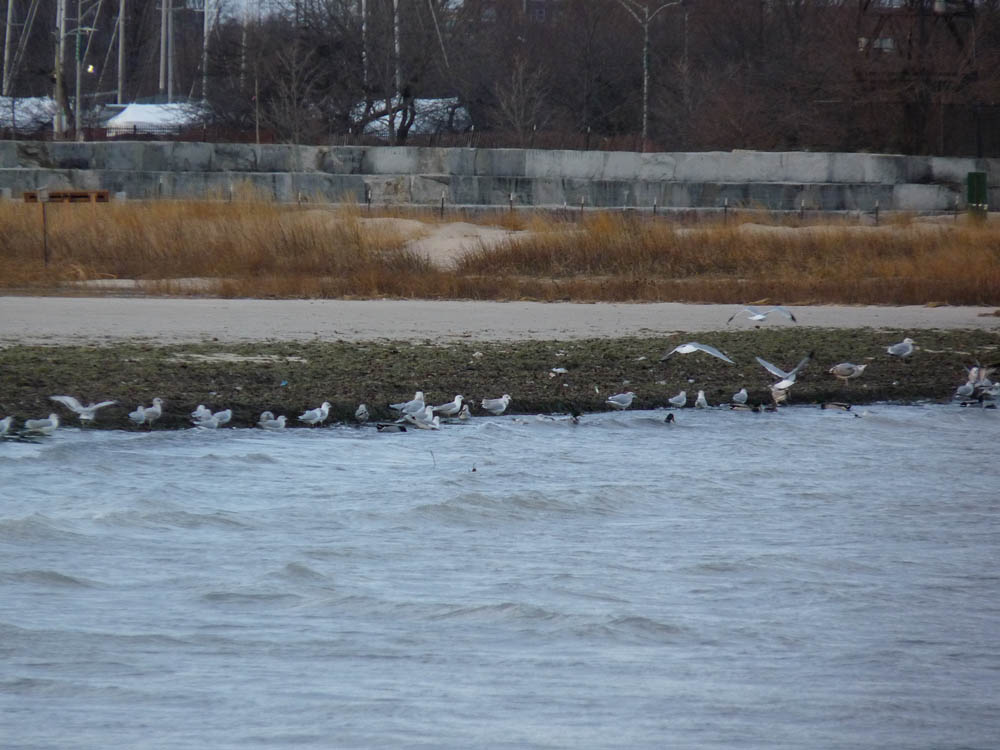 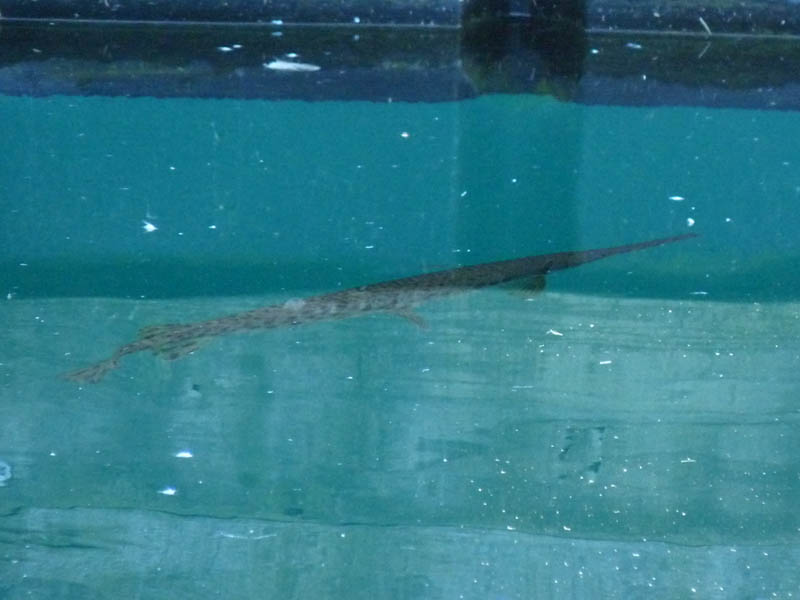 Continuing the fish theme this summer, I saw and photographed a Longnose Gar in Montrose Harbor on July 13. Gar are distinctive as a group but specific identification can be challenging (and I’m hardly a fish expert). My gar was about 2 feet long and had heavy, dark spotting on the body. It was swimming slowly and close to the surface, enabling me to get diagnostic photos. After some research, I narrowed down the options to Spotted and Longnose Gar, and after sharing the photos online several fish experts weighed in and confirmed it as a Longnose Gar. This is the first gar of any kind I’ve seen on Lake Michigan and the most unusual fish I’ve seen at Montrose. More photos are on my Facebook page, URL below. Also, see the Fish Archives on this blog for more fish stories from Montrose.

What’s next on the fish menu at Montrose? Musky? Sturgeon? 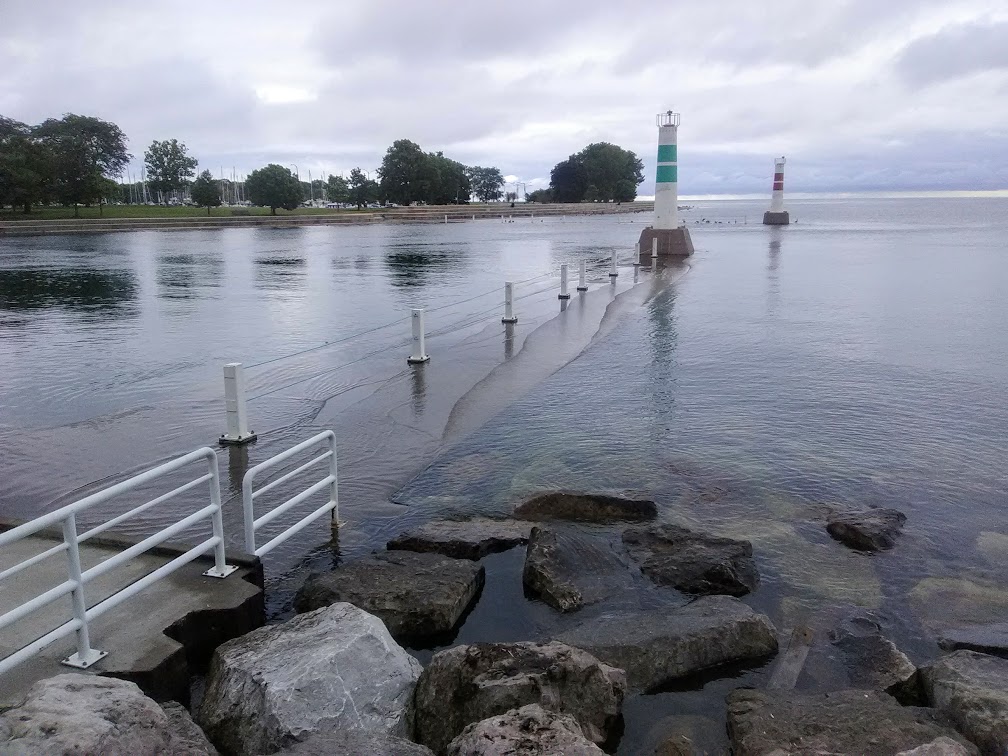 You may have heard or even noticed that the water level on Lake Michigan is very high this summer. According to NOAA, it’s at a 22 year high and near the all-time high. I took this photo at the mouth of Montrose Harbor in July 2020. The water is so high it’s spilling over the piers at the harbor mouth. In past years fishermen would be using these piers; the only creatures using the piers now are waterfowl and gulls. 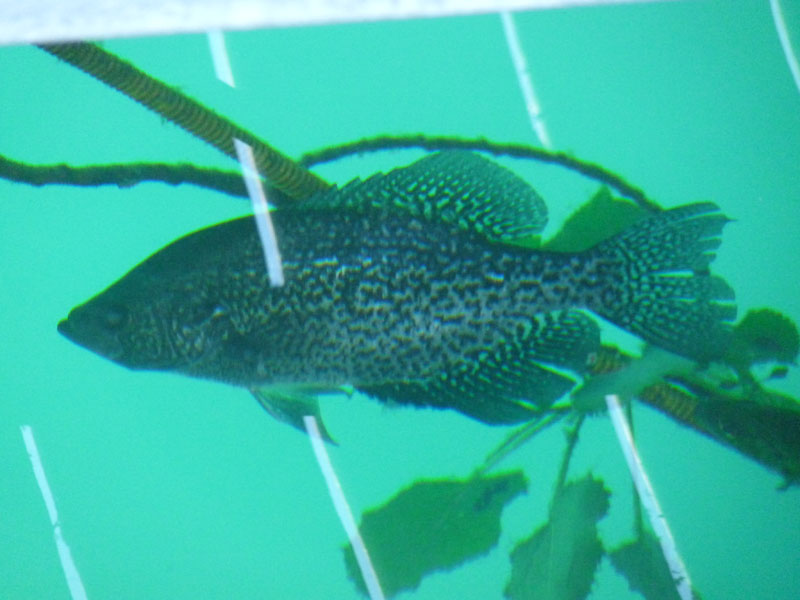 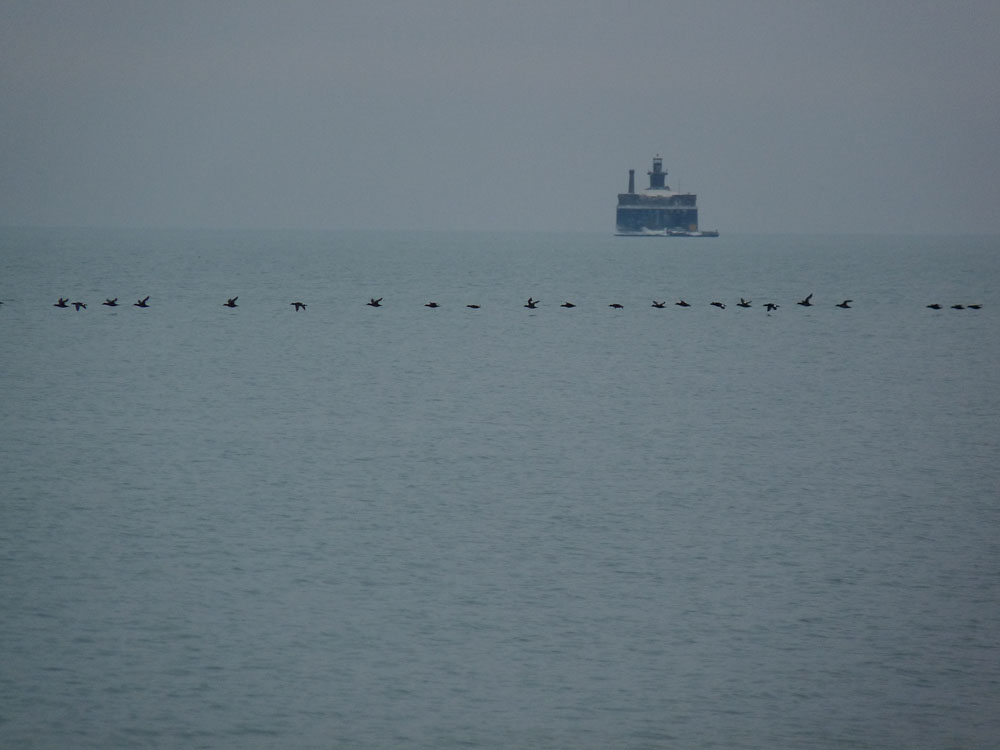 Lake Michigan can be a violent body of water. Such was the case on January 11. An intense winter storm produced 20-30 m.p.h northeast winds that kicked up 15-foot waves, pounding the Chicago lakefront. I took this video near the base of the fishing pier and southeast corner of the Dunes at Montrose. Note the downed light pole and river of water flowing up the footpath. Not the best day to be on the fishing pier I’d say. Click the square in the lower right corner of the video to enlarge it to full-screen size.