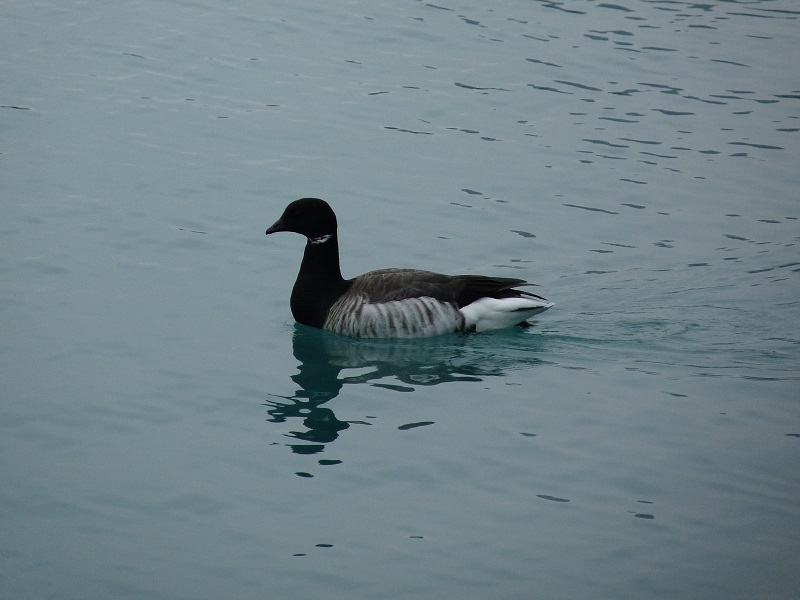 By far the most exciting bird of this early winter rarity season is the adult Brant that showed up on January 4. The bird has been associating with Canada Geese at the harbor, and that’s where I saw it on January 5. This is likely the same Brant that was seen along the Wisconsin Lake Michigan lakefront last fall. Brant are rare as far west as the western Great Lakes, as witnessed by the number of previous records for Montrose. It’s also rare enough in Illinois to be on the review list of birds requiring documentation. If you want to see this bird, check the flocks of Canada Geese that frequent the harbor. More photos of the Brant are at my eBird checklist for the morning, URL below.

Addendum: The Brant was last reported on January 25.