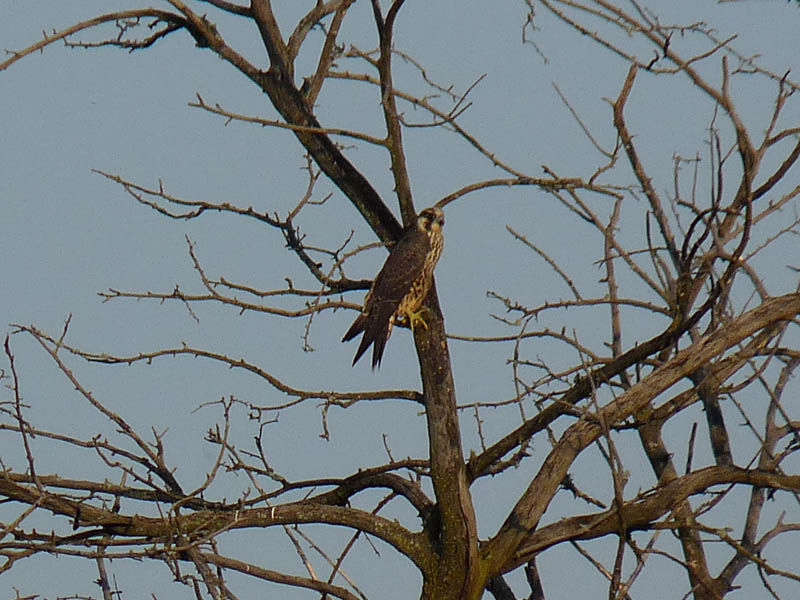 We see two different kinds of Peregrine Falcons at Montrose — local birds that were born in Chicago and birds that nest in the Canadian Arctic and pass through during migration. The local birds were introduced as part of a program to establish a breeding population in the city. These birds nest on skyscrapers and are part of a self-sustaining population. Most of the Peregrines that frequent Montrose are these local birds. We know this because they’ve been banded for identification and to keep track of their movements. The Peregrines that hunt from the tower on the fishing pier for example are local birds. We also see Peregrines that lack leg bands and show plumage characteristics of the subspecies that breeds in the Arctic, Falco Peregrinus Tundrius. These migratory Peregrines show up in late September and early October on their way south. The photo shows a probable juvenile Arctic or Tundra Peregrine. This bird lacks leg bands and is pale headed. Photographed at Montrose in September 2020.