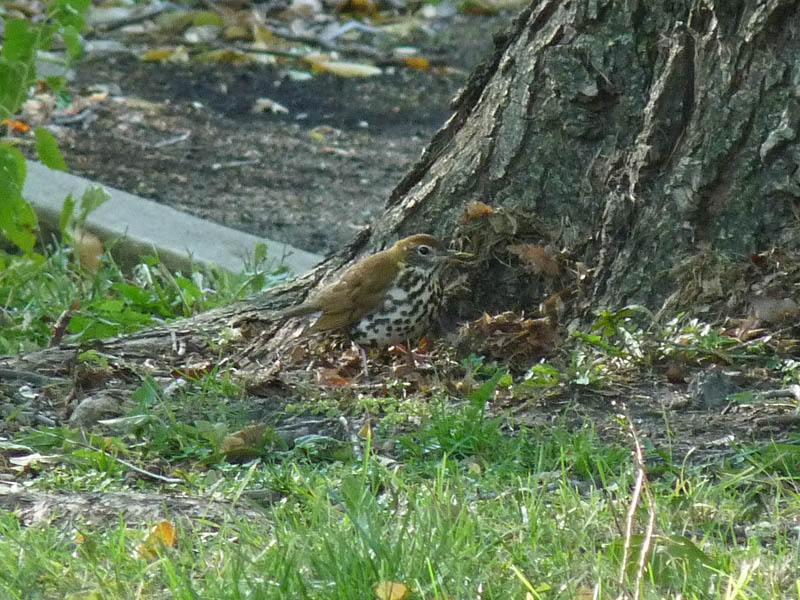 I didn’t have great expectations for October 31. The forecast called for south winds and south winds in late October never produce many birds at Montrose. Despite the unfavorable weather conditions, I was pleasantly surprised by what I did see. A couple of dead salmon washed up on Montrose Beach that attracted the attention of some Herring Gulls, which attracted the attention of a juvenile Iceland Gull. This was my first Iceland Gull of the season. Another birder alerted me to a scoter on Lake Michigan off the beach that turned out to be a Surf Scoter, another first of the season. The biggest surprise was a late Wood Thrush, the latest Wood Thrush I’ve had at Montrose, and probably anywhere else. Rounding out the list were four Common Redpolls and a couple of Snow Buntings. I tallied 37 species in three hours of birding. My eBird checklist for the morning has photos of the Iceland Gull and Surf Scoter. Follow the URL below to see it.