On June 22 the city reopened the Chicago lakefront trails after being closed for 3 months. The lakefront trails are the paths in the lakefront parks for running, walking, and bike riding. The trails extend out to and through Montrose Point, so accessing the Point is possible, but only on foot or by bike (parking is not allowed at this time). Note that activities such as picnicking, going to the beach, playing sports, and gathering in groups are prohibited. 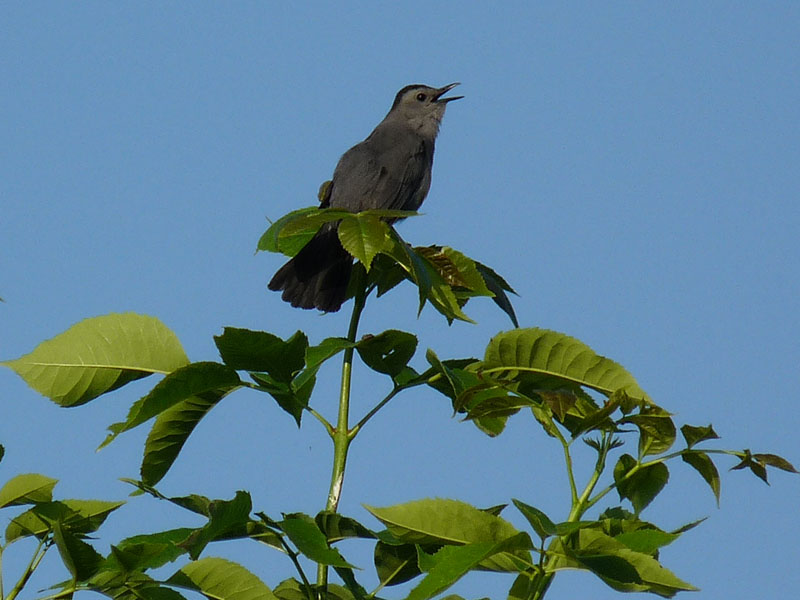 I live about a mile from Montrose and I started walking there when the trails reopened. The park looks very different from when I last visited in late March – a lot greener, with many fewer people, and an even higher Lake Michigan. Breeding season is in full swing with lots of begging immature birds around. Monty and Rose, the pair of Piping Plovers that nested at Montrose in 2019, have returned and are raising a family again in the Dunes. As of this writing, they have 3 ping pong ball-sized downy young. The male Red-winged Blackbirds are in attack mode and sparing no one. The first southbound shorebirds are starting to appear, signaling the beginning of migration.

If you want to visit Montrose you’ll have to walk in until the park fully reopens. I don’t know when this will be. People have been parking west of Lake Shore Drive and walking in, not very convenient but the only option available now. I’ve included a link to one of my eBird lists from a recent visit, URL below. Also, check the Montrose Point eBird Hotspot to find out what’s being seen there.

Parking
Parking is not allowed on West Montrose Harbor Drive or West Montrose Avenue. You run the risk of getting ticketed or towed if you do. The safer bet is to park on North Marine Drive (west of Lake Shore Drive) and walk in. See the map on the Montrose FAQ page for details.

Restrooms
The public restrooms at the beach house are closed. The only options are portable toilets at the north end of the harbor, just west of the yacht club building, and on the south side of the harbor. The toilets are within easy walking distance of the Magic Hedge. They’re not the Ritz but if you’re in a pinch they’ll do.

Additional Advice
If you visit Montrose wear a face mask, don’t gather in groups, and maintain at least six feet of distance between yourself and others. These rules are meant to promote public safety. The city closed Montrose in March because visitors were gathering in large groups and not maintaining enough distance between each other. Don’t be part of the problem, and don’t give the city an excuse to close Montrose again. We missed most of spring migration in 2020 because of irresponsible behavior by selfish people.