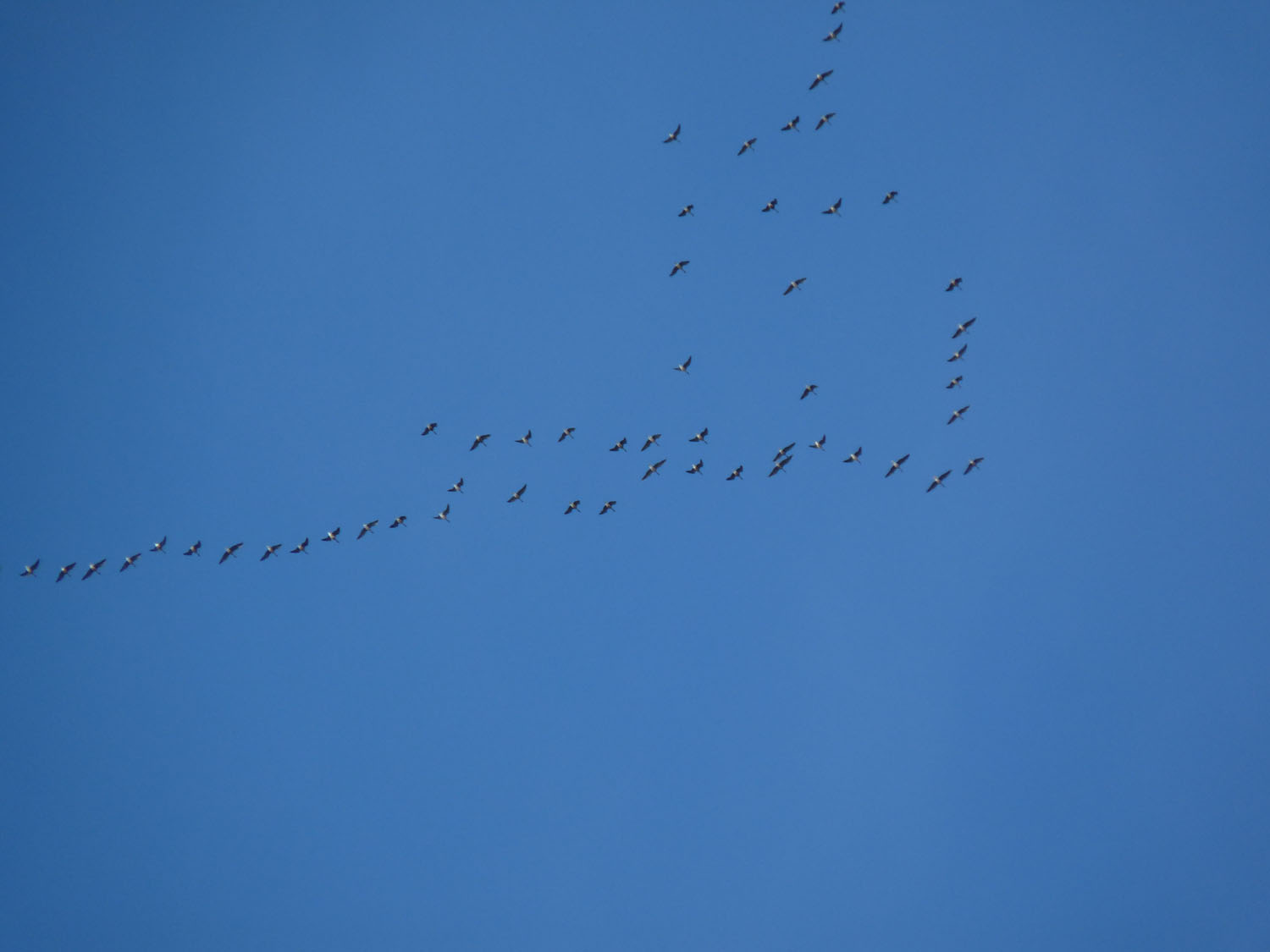 A spectacular movement of Greater White-fronted Geese occurred on March 5. Greater White-fronted Geese are rare but regular early spring migrants at Montrose. We usually see a few most years, but this flight was like nothing I’ve experienced before. I estimated 1200 passed over between 6:45 and 7:30 a.m. Most were in groups of 50-200 birds and flying north over Lake Michigan. When they reached Montrose they turned west and continued in that direction over Chicago. The majority of flocks were between 500 and 1500 feet, so even though they flew over me most were too high to photograph.