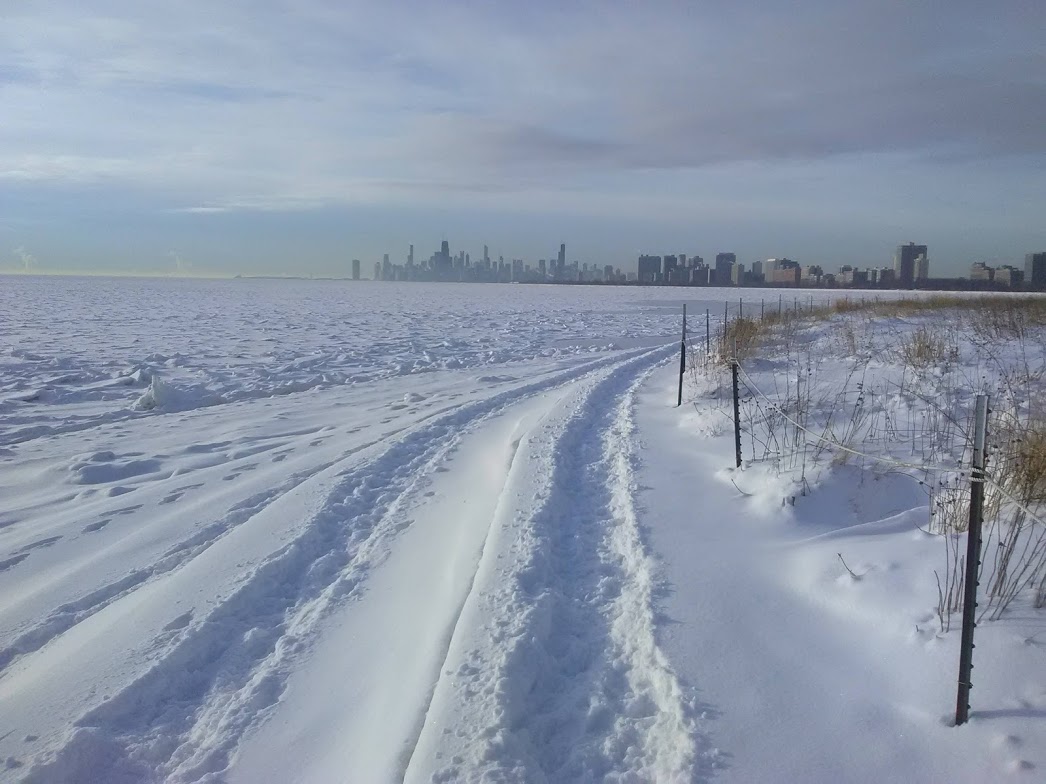 Montrose Point, with the Chicago skyline in the background (click to see the larger version)

I walked over to Montrose on February 17 and it looked like the Arctic. Lake Michigan was frozen over with thick ice north to south and east all the way to the horizon. Deep snow made walking challenging. I felt like Jeremiah Johnson, trudging through the snow with my gear. The last time I can remember Lake Michigan being so frozen was during the brutal winter of 2013/2014 when 93% of the surface was covered in ice by early March. According to NOAA, current ice coverage on Lake Michigan is 27%, so most of this ice is along the shore.

Birds were sparse. I ended up with a whopping 16 species, one of my lowest totals this winter. Best were continuing White-crowned and Swamp Sparrows that have managed to hang on despite the snow and cold. More interesting to me were a group of American Crows eating sumac berries. Sumac berries are considered a low-quailty fruit; most wildlife avoid consuming them unless they’re really desperate.

The good news is that temps are supposed to warm up above freezing by next week, which should start melting all the snow and ice.

Link to my eBird checklist for the morning below.