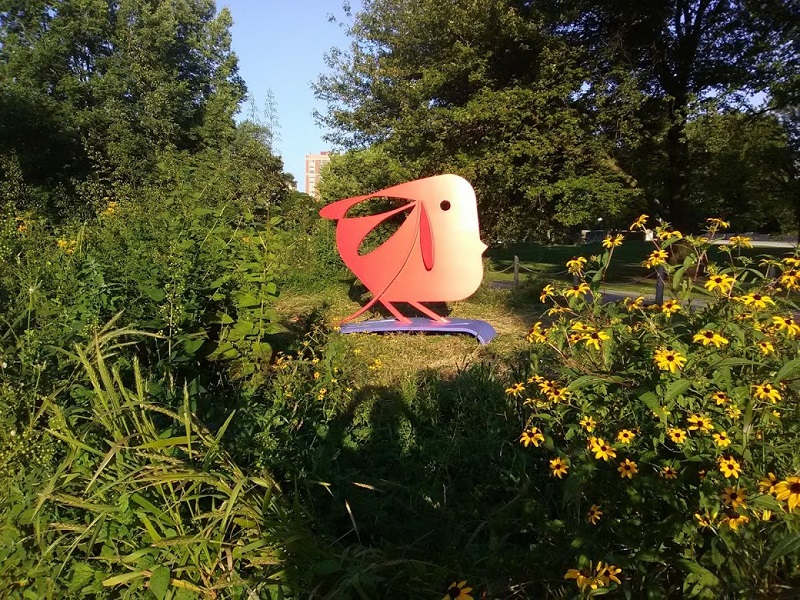 The Red Baron (click to see the larger version)

In early August 2020, a sculpture appeared at Montrose near the harbor. The sculpture resembles a giant bird and I’ve dubbed it The Red Baron. Reactions from the Montrose community have been mixed. Some think it’s ugly and intrusive and doesn’t belong in a nature sanctuary. Others think it could interfere with migration and injure birds. My reaction was one of surprise and delight. Montrose is known for its nature and outdoor recreation but has no art of any kind. I think this sculpture adds character and brings something different to the park and it isn’t large enough to harm wildlife.

The Red Baron is near the Purple Martin houses on the northwest side of the harbor.