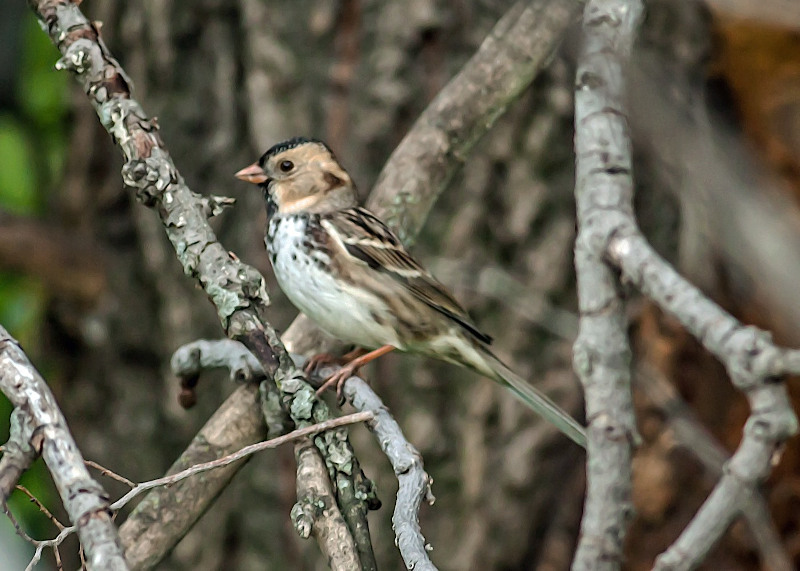 The middle of October is Harris’s Sparrow time in Chicago. We see a handful every year at Montrose, usually in fall. On October 15 Terry Walsh found an adult Harris’s at the Magic Clump, and Kevin Lin found an immature on October 17. The best way to look for Harris’s is to check groups of sparrows, especially White-throated and White-crowned, which can occur anywhere at Montrose at this time of the year.