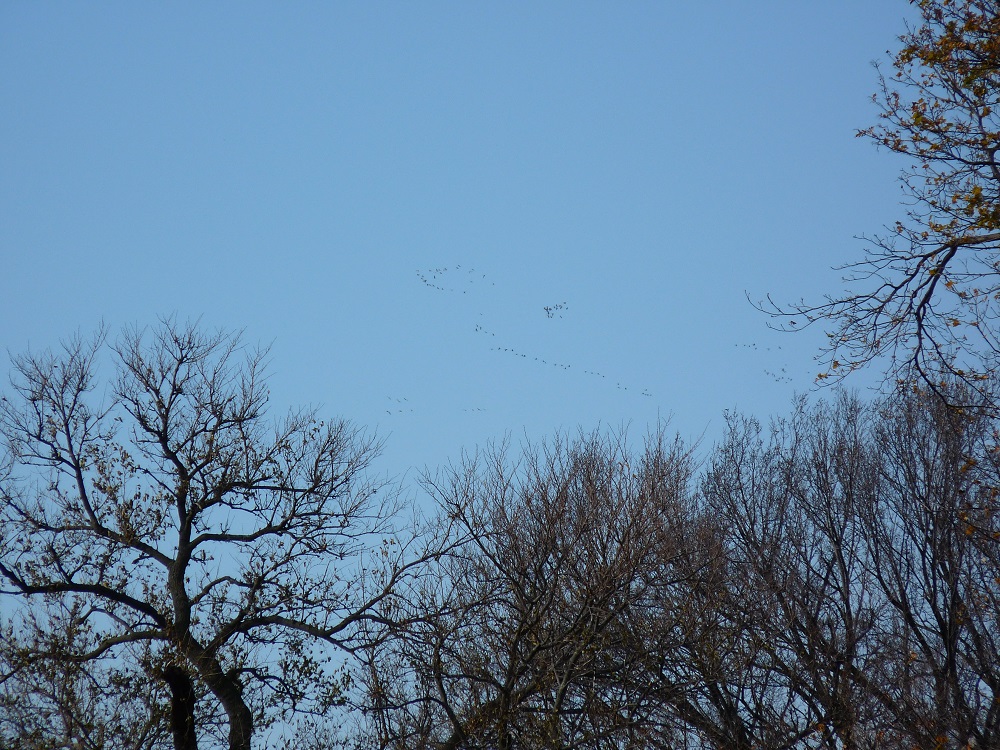 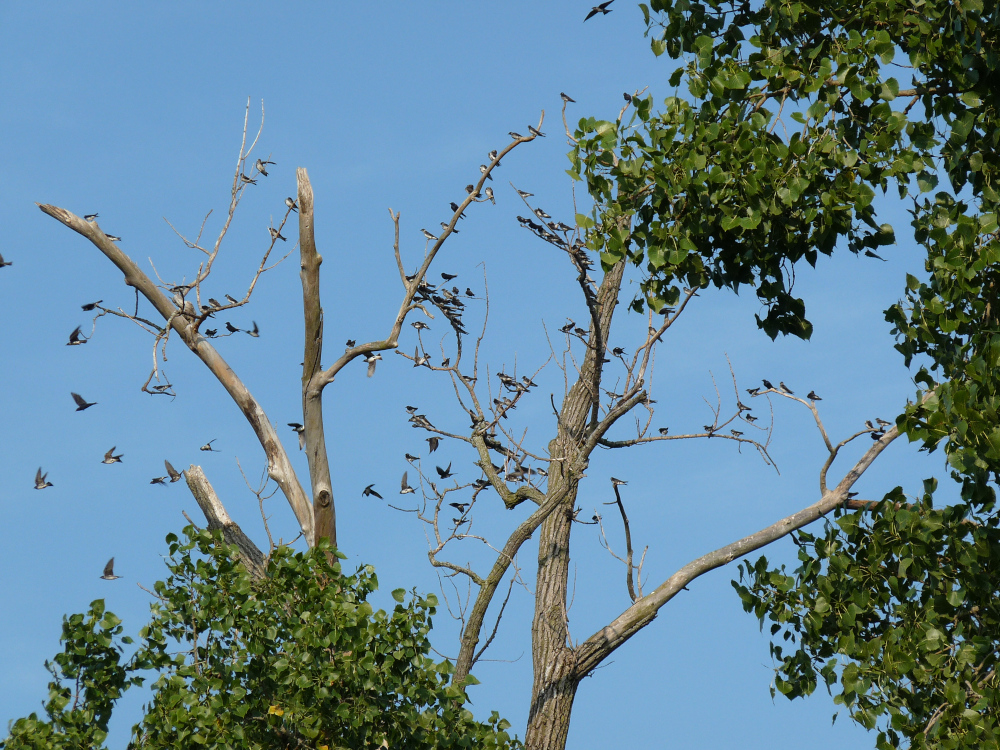 Some of you may remember the hordes of Purple Martins that staged at Montrose in late summer in the 1970s and 1980s. It was quite a sight and quite a sound, as several thousand martins would roost in the tall cottonwoods and suddenly explode in noisy, excited flight. This spectacle is a thing of the past – most of the Purple Martins we see anymore are the nesting birds on the northwest side of the harbor, and they number less than 100. I took this photo of migrant Purple Martins staging at LaSalle Fish and Wildlife Area in Indiana in late August 2021. The photo reminds me of what we used to experience at Montrose. 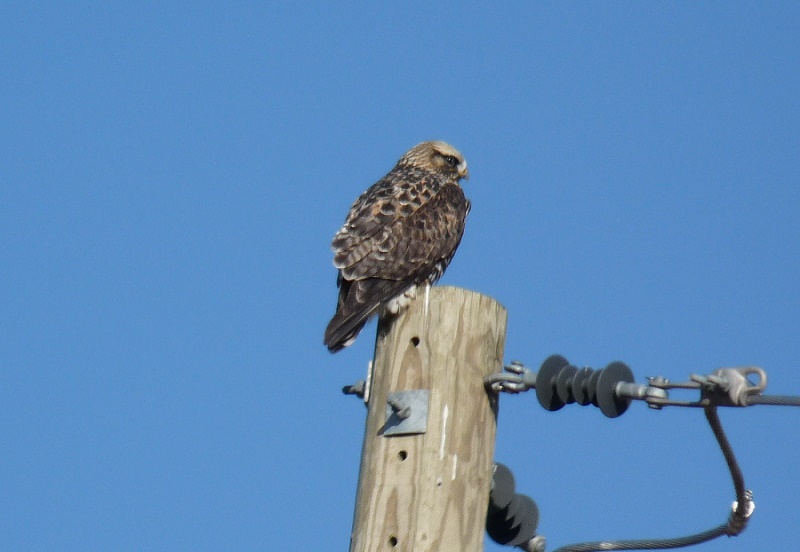 I took a break from Chicago birding and headed down to the Kankakee Sands in Newton County, Indiana on January 9. The Kankakee Sands is a complex of prairie and wetland habitat owned and managed by the Indiana chapter of The Nature Conservancy. I visit the Sands several times each year, usually in summer and winter to look for birds and butterflies. Birding is excellent all year round. Summer is the season to see the grassland specialties like Henslow’s and Grasshopper Sparrows and Dickcissels, which are hard to miss and fill the air with their songs. Winter brings a different set of visitors, most notably raptors like Rough-legged Hawk, Northern Harrier, and Short-eared Owl. These birds of prey were my avian targets on my January 9 visit. I saw a dozen Rough-legged Hawks and seven Northern Harriers, all coursing the fields for rodents or perching on the tip tops of trees for a better vantage. I missed Short-eared Owls, probably because I was there too late in the morning, but they are there and in numbers. I also had a couple of Bald Eagles and American Kestrels, a Cooper’s Hawk, and a lone Red-tailed Hawk. The Sands is one of the few places where Rough-legged Hawks outnumber the usually more common Red-tailed Hawk. The main mammal claim to fame at the Sands is a herd of about 70 American Bison. These Bison were introduced to a section of the Sands in 2016 and play an important role in maintaining the integrity of the grasslands. They’re hard to miss and I didn’t have any problem finding them.

How to Bird The Kankakee Sands (and look for Bison)

The Kankakee Sands is about an hour and a half due south of Chicago off of US41 in eastern Newton County, Indiana. Morocco is the nearest large town and lies about six miles to the south. When I bird the Sands I drive back and forth slowly on the gravel roads east of US41, looking and listening for birds and other wildlife. These roads don’t get a lot of traffic, especially in winter, and are safe to bird while driving. Note that in winter the roads might not be drivable because of heavy snow. County roads 500N and 400N are excellent for birds of prey.

The Bison are best viewed from the Bison Viewing Area west of US41. To reach it, take 400W south from 400N for about half a mile. Look for a gravel road that goes east and take it to the parking lot. Walk up to the top of the rise and start scanning. The Bison are usually to the south, east, or northeast. They can be seen with your eyes but binoculars make the experience more enjoyable. This is also an excellent place and vantage point to look for Rough-legged Hawks, Northern Harriers, and other birds of prey. I’ve included a link to my eBird checklist for my January 9 visit below. The checklist includes more photos of the birds I saw. 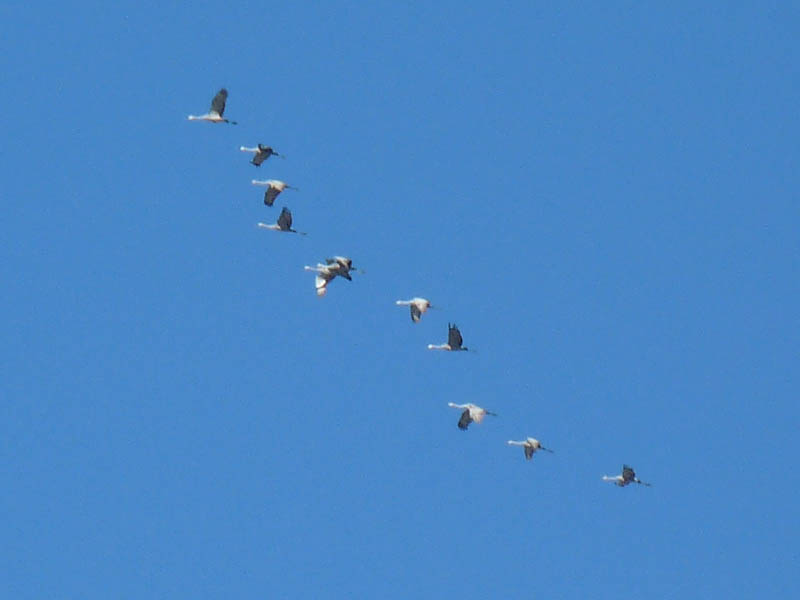 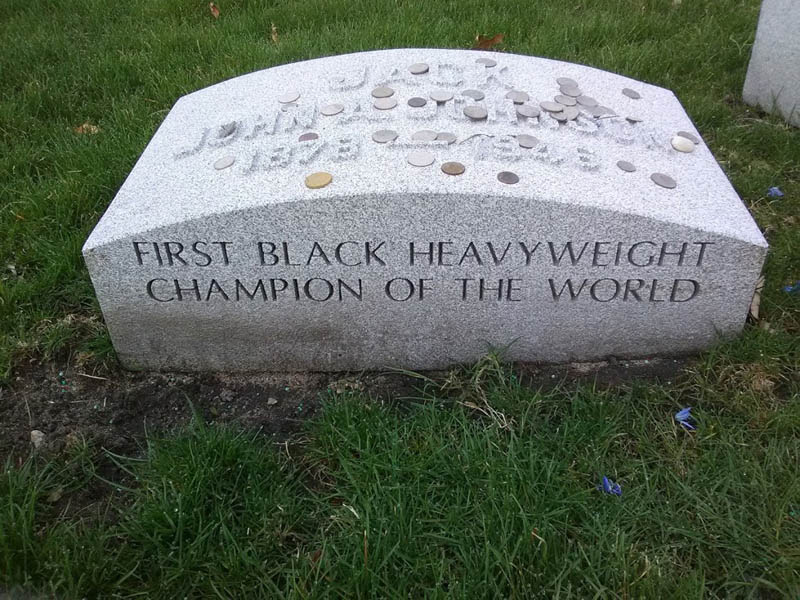 Karen and I had 2 Surf Scoters, an immature male and an immature female, at the mouth of Belmont Harbor this morning, February 7. Both birds got up and flew north while we were watching them and may have landed near Montrose. After a long schlep up the lakefront we got to Montrose and could not relocate the birds, so apparently they kept going.

Our only other birds of note were a Red-bellied Woodpecker in the Marovitz Golf Course, a pretty good bird for the immediate lakefront, and the continuing juvenile Red-tailed Hawk at Montrose. It felt good to be out and about and feel the sun on our faces.