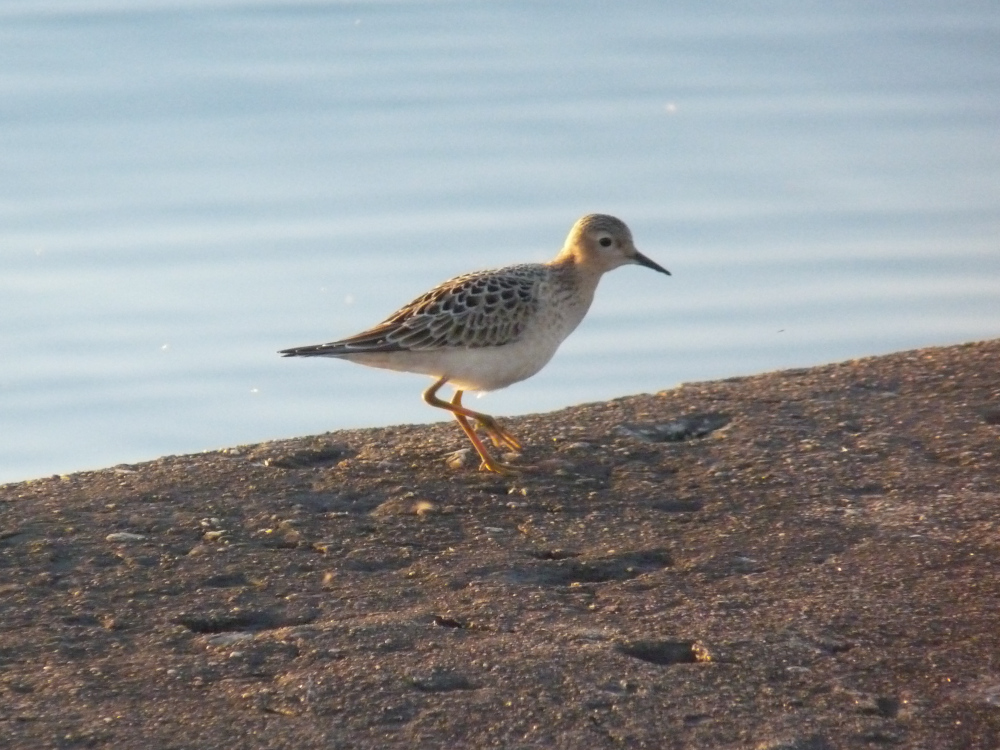 The late summer shorebird bonanza continues at Montrose Beach. The show stealer on September 8 was a Buff-breasted Sandpiper that walked and fed nonchalantly among birders on the fishing pier. Shorebirds will often feed on the pier but this may be the first time a Buffy has done so. Other shorebirds seen at Montrose Beach on September 8 include the continuing juvenile Red Knot, 2 Baird’s Sandpipers, and 2 Greater Yellowlegs. Though not a shorebird, a surprise American White Pelican was also resting on the beach. We see a few flyover White Pelicans at Montrose each year, but this may be the first time one has set foot on land there.