As of November 2020, 347 species of birds have been recorded at Montrose Point. This represents 77% of the 450 birds recorded in the state of Illinois. The pie chart below compares these two numbers. Not bad for a sliver of lakefront park in one of the largest and most densely populated urban areas in the United States.

I’ve been seeing a lot of garbage in Montrose Dunes. I pick up what I can but we need everyone to pitch in to make a dent in the problem. If you visit Montrose Dunes please pick up some of the trash you find. Garbage and recycling bins are on the path that borders the beach and Dunes. If we don’t do it no one else will.

eBird is a great tool for adding your sightings and contributing to ornithology. Scientists can use your data to better understand bird distribution and abundance. eBird is also a great way to share information with other birders. When I plan birding trips I check the eBird hotspots for the locations I intend to visit. I then look for information about any birds I’d like to see. eBird makes it easy to add details about your sightings. When you enter numbers for species in an eBird checklist, a small button labeled Add Details appears. Clicking this button opens a text field where you can add additional information about each sighting. To help other birders, you should be as precise as possible about where you saw a bird. For example, a Surf Scoter was hanging around Montrose Harbor in November 2020. This is an uncommon species at Montrose that other birders might like to see. Below are screenshots of my entry for this sighting in an eBird checklist I submitted, with extra information about where I saw it (hold your mouse over each image to increase the image size).

To add additional information about your sightings in eBird 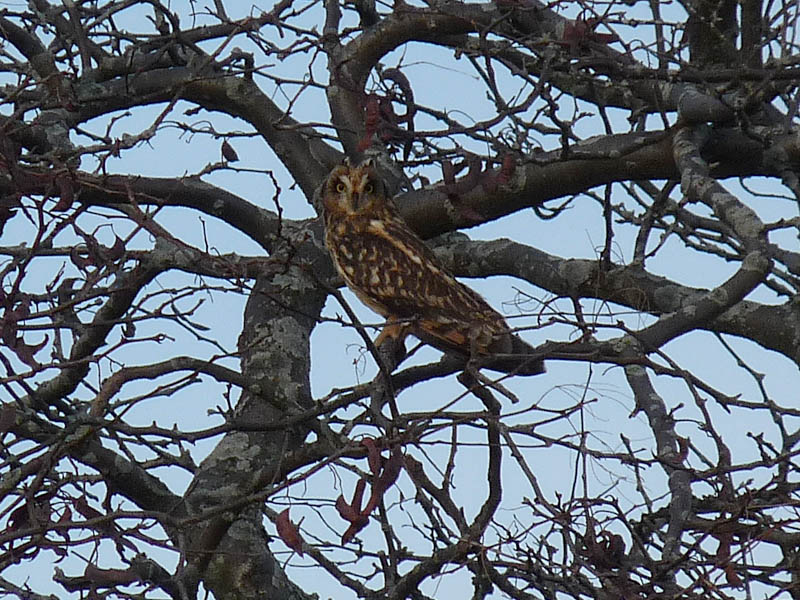 Short-eared Owls are regular mid and late fall visitors to Montrose. We usually see them on days with brisk west winds following the passage of a cold front. Most of the time they flush from the Dunes and fly over Lake Michigan where they hang out and wait until people have left. They then drift back to the Dunes to settle in. On November 19 I saw a Short-eared perched high in a Honey Locust near the Magic Hedge. This is uncommon behavior for Short-eareds at Montrose. The bird had been flying around the Point, looking for a place to come down, and decided a tree would suffice. It didn’t stay long and continued its search for a quiet spot to roost for the day. Link to my eBird checklist for the morning below.

The eBird database will be unavailable from 8:00 a.m. Eastern Time on November 17 until 8:00 a.m. Eastern Time on November 19. You won’t be able to enter your sightings or view checklists using the ebird.org website. You can still enter your sightings with the eBird Mobile app and submit them when eBird is back up. This article from Cornell has more information – Cornell Lab Scheduled Database Maintenance. 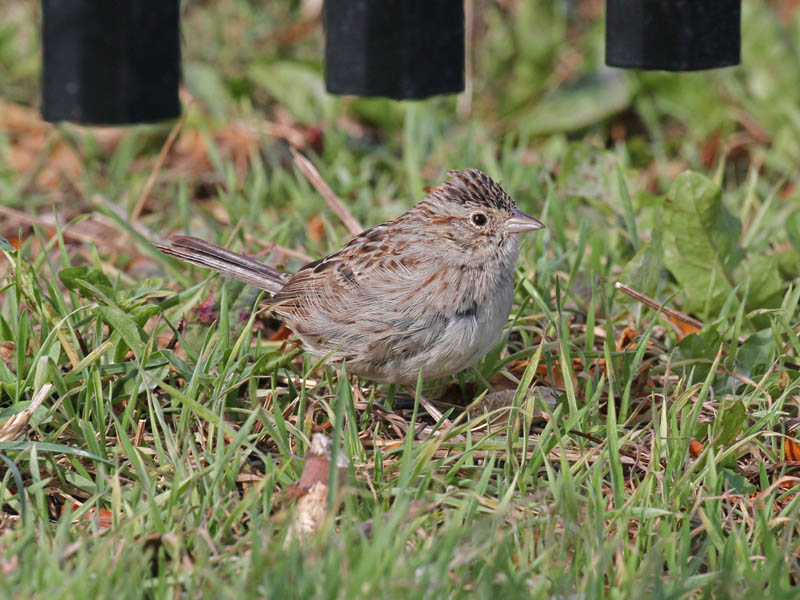 November is one of the most exciting months for birders. We look forward to it with the same sense of anticipation and excitement as we do for May, and with good reason. The annals of Illinois ornithology are filled with November rarities and vagrants.

On the morning of November 13 I was walking the outside of the boat storage lot at Montrose as I have been since a Harris’s Sparrow showed up there in October. I never birded it much in the past and usually just walked by it on my way to the rest of the Point. I didn’t see the October Harris’s Sparrow but I was finding other sparrows, so I had enough incentive to keep checking. At about 8:30 a.m. I kicked up a small bird near a spruce tree on the northeast side of the lot. I thought at first it was a wren but the thick bill ruled out a wren and ruled in a sparrow. The bird was plain to the point of being non-descript and had a long tail. Several possibilities came to mind. I suspected Cassin’s Sparrow based on probability, and when I saw the flank streaking I knew that’s what it was. The bird was decidedly uncooperative for me and played a frustrating game of hide and seek that made seeing plumage details almost impossible. Others had better luck viewing it after I left. Close-up photos show diagnostic field marks for this species that weren’t apparent in the field, including white tips to the outer tail feathers and horizontal barring on the tail. This is the first Cassin’s Sparrow for Montrose, number 347.

Cassin’s Sparrow is a bird of the American Southwest, but they do wander and occur far out of their normal range. eBird has records for the East Coast, New England, and the Canadian Maritimes. Illinois has three previous records, all within the last 40 years. It is a species if not to be expected than to at least consider seriously as a possibility.