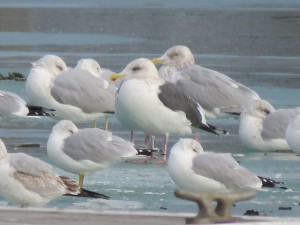 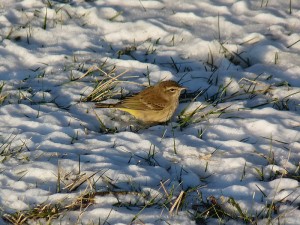 The Palm Warbler was still hanging on at Montrose this morning, January 2. I saw it in the pine grove just south of the handicapped parking lot. This bird should be (at least) a thousand miles south of Chicago. I saw nothing else of note this a.m. Winter is in full swing.